The aim of instituting the Student Government at Kothari International School is to enable our students to understand their rights, duties and responsibilities and to empower and train them to become leaders. We believe that being a member of the coveted Student Council will make the students learn to work in tandem as a team, accountable for their actions and worthy of the trust reposed in them. Elections are an integral part of the Selection Process giving each student a sense of involvement and participation. The students experience the democratic processes in action starting from filling the Nomination Form to the scrutiny where students are shortlisted on the basis of criteria such as academics, discipline, participation in school programmes and their contribution as a member of the team. This is followed by the interview with the Principal/ Vice Principal/ Headmistress campaigning and voting at the polling booth. The entire process is democratic and transparent to the extent of counting and declaration of results. The Student Government formally takes the oath of office at a solemn and sacred Investiture Ceremony, where they promise to uphold the core values and traditions of this great Institution, pledging to take it to even greater heights and taking a vow to uphold the faith; to stand for just and right; to be upright and honest in actions and to hold the dignity of the institution. The Student Government, an elected body of students, comprises of the:

The Decorum Society : Discipline and Etiquette

The Writers’ Society : The Youthful Journalese

The Citizens’ Society : An Equipoised World- Democracy in Action

The General roles of the Student Government are as follows:

Utilizing Resources to the optimum

Establishing links with the wider community

Evaluating Student Council Actions and Planning for the subsequent year

KIS Student Government comprises of President, Vice- President and members in each of the following Societies:

There would be a Captain, Vice-Captain and Prefect in each of the four Houses. 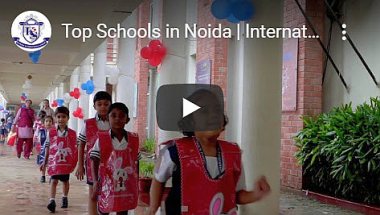